fetch the bolt cutters - a mars in cancer mantra

as an album, fetch the bolt cutters is cathartic. it is heavily percussive, and deemed "almost martial" (!). drums have a deep history in connection with military and martial arts, and of course, in dance music. there is a long association between heavy percussion and embodiment - it is instinctive to begin to move in response to percussive rhythm. it energises.

in thinking about mars in cancer, i take cues from alice sparkly kat and their ideas of essential dignities: rather than viewing debilitated planets as simply weak, we can look at how the tension and incompatibility, and their position of exclusion, are sources of creativity much like the creativity that emerges from oppressed people seeking to survive and liberate themselves.

they don't extend their theory to exalted and fallen planets, but i'm interested in seeing how it applies. and we can see it with extraordinary clarity with fetch the bolt cutters:

i am [fetching the bolt cutters], you are, the listener is. everybody is. it’s sort of "fetch your tool of liberation. set yourself free."

i was listening to the strology podcast's episode on mars, and my friend scarlet was talking about how you can think of mars as a kind of forge. mars creates the kind of heat and pressure that you can use to create a weapon, but it can also create suffering, separation, severing - the traditional function of mars is to cut, to separate, to break. it falls in cancer, a wet, cold sign that rules care, nurturance, closeness, attachment and bonds. the exact place we don't want separation, where it would cause us deep emotional pain.

i think, in this world, where the moon is subjugated (because as long as we live in a diurnal world, where people don't get the care and rest they need and deserve -- she is!!!), mars in cancer is a warrior for the moon. it's hard to find a person who hasn't experienced any kind of attachment disruption or emotional trauma, but people with mars in cancer internalise it in a way that deeply informs their motivation, and it becomes part of their forging fire. and out of that forge: the bolt cutters.

the title came from a quote from the tv show the fall, where gillian anderson's character says "fetch the bolt cutters", to free a girl who has been imprisoned and tortured. although bolt cutters perform the function of mars, cutting and breaking, here they are breaking in order to protect, to defend vulnerability.

fiona apple has mars in cancer conjunct jupiter, and as the ruler of her chart (she is a scorpio rising according to astrotheme). jupiter is exalted and mars is fallen, meaning that this point in her chart is full of spiritual hope, but also turbulence and conflict. she has a day chart, strengthening both jupiter as a benefic and mars as a malefic. in the lead up to the release, the north node in cancer would have passed across those points. the north node was one degree away from her mars during the cancer lunar eclipse on january 10th. there was a lot to let out in early 2020 for her.

to me, the percussion in fetch the bolt cutters feels like remediation for mars in cancer. if emotions become blocked or repressed, that cuts off a vital source of energy. i know on a core level (having mars in cancer conjunct my moon), i need to feel my feelings in order to feel alive, to have the juice, even as it might bring conflict and tension into my life. sometimes that's about giving myself space to cry as much as i need, sometimes it's about physical movement to release the emotions i can feel causing tension in my body. sometimes it's listening to music that speaks to my feelings, sometimes it's about watching a very emotional anime. whatever keeps things flowing.

here in list form are some of the ways i feel mars in cancer emanating from this album:

mars in cancer as a fallen position makes sense logically, in the traditional system of astrology. but culturally, it has always made little sense to me. maybe the idea of mars being less troublesome in a night chart helps me reconcile what feels wrong to me. artemis, as a lunar archetype, feels very martian. shoot arrows first, ask later. being a separatist and disliking men, being more at home with animals, and ruling over the messy bloody work of childbirth: all kind of martian.

similarly, while we contend with many images of mother as all-loving, all-forgiving, placid, warm, "homely", motherhood/primary parenthood itself is often internally experienced as such a radical change in someone's life, a complete split from who they once were. there can be a lot of internal chaos, grief, anger, guilt, depression, that so many parents experience as part of reshaping their relationship to kinship and family. sometimes i wonder if part of mars in cancer being a difficult placement is in our collective reluctance to admit how complicated family and attachment is, how primal and tense it can be, especially for women who are socially expected to maintain bonds and connection.

this is a post for another time... but i have been wondering if the debilitated and fallen planets are showing us, are hidden aspects of those planets, kind of like shadows. half baked idea, but when we think about mars in cancer, we can think about who has been denied their anger, who has been silenced, who has been suppressed or coerced. and underneath that, the grief and vulnerability that mars in cancer fights to protect. another way i've been thinking about remediating mars in cancer is understanding it as not just a source of immediate, emotional reaction, but a relationship i can integrate into what i value and what i consciously choose. it becomes not just about my feelings, but protecting a greater, collective emotional truth. give your mars purpose! give it something to fight for! that's what i sense from fetch the bolt cutters – fiona is hitting those drums for us.

the solar principle and self esteem 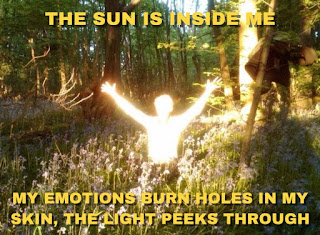 despite being the first thing most people learn about astrology, i have only just recently started to grasp what the sun feels like in someone's chart. it is strange to think of the sun as a mystery -- it makes itself very known! but when something is so present, and we take it for granted, it can be hard to distinguish what it actually does.

i think this is because of the ways the sun and the "ego" are used interchangeably in psychological astrology (which is the first school of astrology i was familiar with). and ego itself has many different uses -- it can speak to the id/ego/superego psychoanalytic framework, it can speak to psychological defense, it can relate to both healthy self-esteem and narcissism. some might say it is ideal to rid yourself of ego, others that you "make friends with it" or even feed it in a healthy way.

little did i know, i had been completely overthinking it. and i realised when i was thinking about the sun in aries as the exalted sun. aries doesn't think. aries just does.

the detriment and fall of the sun lies in air signs. this gives us some indication that easy solar expression doesn't come from abstract thought. when we think about what the sun gives us -- authenticity, self-esteem, energy and vigour -- these things are often undermined by too much thinking. trying to chase authenticity and self-esteem as a goal often invests too much energy in the abstract concepts of those things, taking away from energy that could be used simply doing things you enjoy.

the sun's strength is diminished by judgment. it is dimmed by critical thought. even favourable judgment: parents who overvalue and place too much emphasis on their child's abilities and talents foster insecurity in their child. it is parental warmth, appreciation, fondness, affection that gives children a stronger sense of self esteem.

it is this lack of warmth that creates unbalanced selfishness -- a belief in conditional self-worth and a need to prove, often at the expense of relationships.

the aries/libra and leo/aquarius axes can teach us about how to balance the self with others. we need the space to be our own selves, to know who we are, to be ourselves without thinking. finding the core of our energy is solar work -- even realising that we are tired, or that we prefer to be slow. bringing our honest self to relationship, stretching to create space for everyone, forming a sense of self that is interdependent -- that is the work of libra and aquarius. paradoxically, sun in libra and aquarius might find their solar energy comes from these processes of quieting or integrating the self with others, rather than assuming they need a super strong sense of self. that might be what is rejuvenating.

i spend a lot of time thinking about astrology, writing about astrology, relating to astrology. but i rarely think about what to do with it, besides talk to other people about it. my sun is a little complicated, with uranus and neptune cazimi, moon (sect light) and mars opposing, jupiter squaring -- an overcast sky. but i like clouds and rain -- they feel just as lifegiving to me as the sun. the soft light feels just as nourishing. what gives one person energy and life will be very different to the next person.

so, to practice astrology, i'm going to try to think less about who i am. i am going to remember that the warmth that emanates from my body, and the soft radiance of the sun through my window in the morning, are the same thing.

it is cute to me to think about how the sun generates the warmth we need to comfort each other. the sun and moon are interdependent in that way. we're all bouncing lunar and solar light off each other. that's how love moves around the world!

if you're like me and you're in the habit of having existential crises like clockwork, maybe you could join me in (1) having fun and (2) showing love and we can see what happens together. many blessings for the aries new moon 🕯 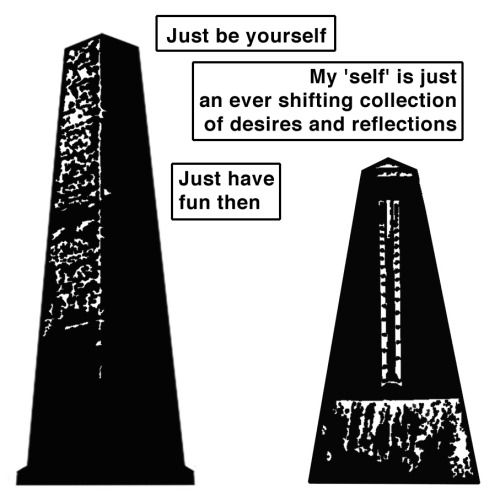